The Australian government has given the Areva-led Solar Dawn project a six month reprieve, and has re-opened bidding for the PV portion of its national solar program.

The Solar Dawn consortium proposing to build a 250MW solar thermal plant in south-west Queensland as part of Australia’s Solar Flagships program has won a six month extension to its contract after initially failing to gain finance for the project.

Solar Dawn is led by the French nuclear energy giant Areva, which is looking to deploy the Compact Linear Fresnel Reflector technology it bought from Ausra in 2010.

However, the future of the $1.2 billion project looked uncertain after it failed to meet a December 15 deadline to complete financing, and after the subsequent withdrawal of the state-owned energy utility CS Energy, which declined to take up the O&M contract or an equity position in the project, leaving only Areva and the UK-based Wind Prospect CWP as the equity partners.

On Tuesday (Feb 7), the Australian government, which had offered it a grant of $465 million, allowed an extension to secure the financing by June 30. Energy Minister Martin Ferguson said that after a six week review, his department had judged it to be the “best value” solar thermal project for the flagships program.

The decision was welcomed by project manager Anthony Wiseman, who said the delay would not affect its goal of delivering the project by December, 2015. The project had also recently secured Au$75 million in funding from the Queensland state government.

“Like all major infrastructure projects, finalising the design, approvals, financial and commercial aspects takes time, and we appreciate the continued support of the Commonwealth and Queensland Governments,” Wiseman said.

The consortium has been struggling to gain a power purchase agreement, crucial to securing any finance from bankers. Analysts have said part of the problem has been a surplus of renewable energy certificates in the Australian market, the novelty of trying to secure a PPA based around the ability to deliver during day-time peaks, and the sheer size of the project.

Other adjustments have also been made. Late last year, the consortium abandoned plans to add a “gas booster” to the 250MW array (which consists of two 125MW modules) because of design complications. “Necessary refinements and adjustments are being made as the consortium works to ensure the project is in the best shape possible to achieve financial close,” Wiseman said.

“We are doing what we need to do to ensure the project’s long-term commercial success, whilst providing Australia with the foundations for a large-scale solar thermal industry.”

The departure of CS Energy had raised eyebrows in some quarters, but the utility’s CEO, David Brown, said it was based around a decision to concentrate its efforts on other capital projects. Brown said the company remained involved in a project with Areva to build a 44MW “solar booster” at its Kogan Creek coal-fired power station, near the site of the Solar Dawn project.

Construction of the $104 million solar booster project, which is supported by government grants, has started and is due to finish in 2013. “We are committed to working with them to explore potential synergies between the proposed Solar Dawn Project and Kogan Creek Solar Boost Project, which both use AREVA Solar’s CLFR technology,” Brown said.

While Solar Dawn won an extension, the Federal Government decided to re-open the solar PV component of the flagships program after the 150MW Moree Solar Project also failed to reach financial close. Moree Solar, a $930 million project that would benefit from a $306 million grant, comprised FRV, Australia’s Pacific Hydro, and BP Solar, despite the latter’s decision to exit the solar business.

Analysts suggested that the PV tender was thrown open to bids because three other projects remain deployment ready, and it would enable the bidders to reflect the fall in PV prices in the last 12-18 months. The cost of the PV projects might be revised down by around 30 per cent, insiders said. Solar Dawn might have benefited from a lack of serious rivals among the shortlisted candidates.

However, some consortia that did not make the shortlist are looking on with interest. This includes BrightSource Energy, which is constructing several large projects in the US based on its solar tower technology, which now have storage add-ons.

“There are tangible examples in other jurisdictions that that these sort of projects are being constructed,” said BrightSource’s Australian representative Andrew Dyer. “We would welcome the opportunity to revisit this and help Australia along in the quest of a balanced renewable energy portfolio.”

Andrew Want, the head of the Australian Solar Thermal Energy Association, said it was difficult to get such projects delivered in Australia because of the relatively cheap source of coal-fired electricity. “Solar Flagships is a first step in helping Australia’s energy industry catch up with the rest of the world in understanding the value of solar thermal power generation, and learn how to develop large-scale solar thermal power as a key element of the future energy mix.” he said.

“As painful as the current financing challenges are, they are part of that learning process – and one of the key learnings is that our electricity market is not adjusting quickly enough to deliver Australia best value in the low-carbon economy of the future.

The current challenges facing the Solar Flagships projects are not unique to solar power projects, nor are they unexpected, explains Want. “They are a function of the structure of Australia’s electricity market and its focus on cost of power rather than value, and the lack of awareness in Australia of large-scale solar power generation technologies and project financing techniques.” 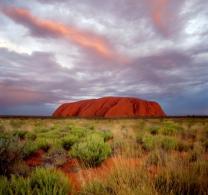