The first bicentennial celebration of Fives group took place in Moscow, Russia on September 13, 2012 at the Yusupov Palace. The event marked not only 200 years of Fives group but also 160 years presence of the Group in Russia.

The festival event gathered more than 150 people, among which were the representatives of the French Embassy in Russia, the French Chamber of Commerce in Russia, the American Chamber of Commerce, the National Committee of Foreign Trade Counselors of France, as well as partners and clients from the aluminium, steel, glass, automotive, logistics, cement, energy and sugar industries, and major media.

The official ceremony was opened by Jean de Gliniasty, the Ambassador of France to the Russian Federation, who emphasized the Group’s contribution to the mechanical engineering industry in the world, and in Russia particularly over past 160 years. His oration was followed by a speech of Frédéric Sanchez, Fives’ Chairman who underlined the Group’s experience from one industrial revolution of the 19th century to many others in the 20th and 21st centuries.

The finishing touch came from Anatoly Lashkevich, the Chairman of the Supervisory Council of Cryogenmash, one of the Fives’ partners in the Russian industry. Anatoly Lashkevch emphasizes the group’s innovative technologies and equipment recently installed in different sites of Russia: Vyksa Metals Work, Mordovcement, AVTOVAZ and Peugeot-Citroën-Mitsubishi Automobile Rus. Two films showed at big screens illustrated in whole the development of Fives group over 200 years and the latest projects implemented in Russia and CIS.

Last but not least was the cake made in the form of the Alexander III Bridge, that famous bridge constructed by Fives group for the Exposition Universelle of 1900 in Paris, which reminded the historical connection between Russia and France. “Splendid and famously orchestrated party”, “a magnificent ceremony and great success” – those are the most prevailing opinions of all the guests invited to the 200 years party at Yusupov Palace. 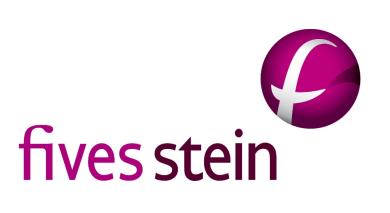