Broadening the reach of ALD

Spearheading new ALD technology development since 2005, Beneq has introduced to the market the world’s first commercial roll-to-roll (R2R) ALD-based system. The equipment, the Web Coating System WCS 600, enables continuous processing of flexible substrates in order to lower the manufacturing costs of ultra-barrier films. The equipment was commissioned at CPI’s NETPark facilities in Sedgefield, North East England in the summer of 2014 and has been successfully in operation since then.

According to the CPI’s Vacuum Coating Technology Specialist, Dr Alf Smith, the results have proved to be very encouraging after seven months of using the unit. “We have been pleased to make progress so quickly, with the tool working well with only a few small issues to deal with. Barrier performance has been excellent at the lower line speeds we started at and have progressed now to higher line speeds while retaining the barrier performance. We have some way to go to meet our ultimate targets, but we see every possibility of reaching them in the coming months. Our intention is to continue optimizing the barrier performance as well as the productivity of it, while investigating the additional requirements for obtaining robust final products for both barrier films and directly encapsulated flexible devices.” says Dr Alf Smith.

Some of the major CPI’s projects that involve the technology include the ongoing R2R-CIGS, a pan-European project for developing cost-effective R2R processes for continuous, high-volume manufacturing of flexible solar modules, and NanoMend, a project aimed at pioneering novel technologies for in-line detection, cleaning and repair of micro- and nano-scale defects on thin films deposited on large-area substrates.

Dr Mikko Söderlund, Head of Thin Film Encapsulation Solutions at Beneq, comments the work done and results achieved at CPI: “We are pleased to have had our R2R concept accepted and the equipment validated by such an esteemed player as the CPI. We are equally excited to witness the commitment by CPI to work with the technology, and of the promising initial results demonstrated after just seven months of running the WCS 600 system. CPI’s pioneering work is of great value to the industry, and many companies interested in the technology have already taken the opportunity to visit CPI to get a first-hand impression. I am confident that CPI’s ALD expertise will accelerate the adoption of this disruptive barrier technology. 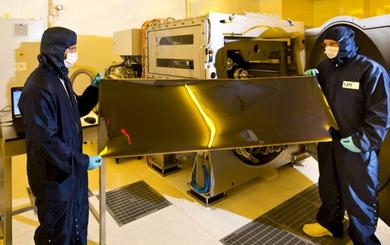