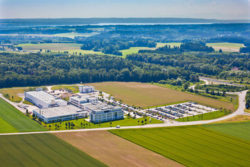 DELO Industrial Adhesives could close another year with a significant increase. In the fiscal year ending on March 31, 2016, the enterprise generated 80 million euros, about 70 percent of which abroad. Thus, the turnover increased by 8.6 percent against the figures of the previous year; two-digit growth rates could be achieved, among other countries, in China, the USA and Germany.

At industry level, the medium-sized enterprise had a solid growth rate in the field of automotive electronics and was able to increase its revenues in this sector by more than 20 percent. Other drivers of growth were aerospace and consumer electronics.

"We not only grew considerably in the last year but have doubled our sales figures within the last five years. This shows that our R&D expenses – with 15 percent of the revenues far above the average - are worth their money" said Dr Wolf-Dietrich Herold, managing partner of DELO. "They give us the opportunity to invest already today in adhesives for applications that will achieve a major market penetration only in a few years. We are thus laying the foundation for an organic, profitable and sustainable growth."

So all signs at DELO are still pointing to internationalization and an extension of capacities. During the last fiscal year, the company prepared the establishment of a Japanese representation and now also has partners in Mexico, Brazil, Turkey, Thailand and the Philippines, which will intensify the activities in these countries.

At its headquarters in Windach (Bavaria), the manufacturer of industrial adhesives as well as dispensing and curing equipment is actually constructing a new administration building with a surface of 4,600 m2 thus taking account of its continual growth over the last few years.