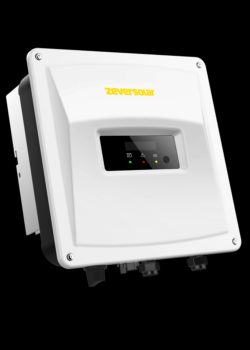 Dutch photovoltaic wholesaler and importer Durasolar Energy Systems has decided to carry the full range of inverter products made by Zeversolar, an SMA subsidiary. With this move, Durasolar has expanded its catalog to include low-cost single- and three-phase inverters that meet the special needs of Dutch users and are built to high standards of quality and environmental compatibility.

Frank Versteeg, Sales Manager Benelux at Zeversolar, said, "In the Netherlands, demand is particularly high for Zeversolar inverters with outputs of 1-3 kW that are not only extremely quiet due to passive cooling, but also offer powerful connectivity." Among other things, Zeversolar equipped its single-phase Zeverlution inverters with a LAN interface and a WiFi module as standard for the Dutch market. The devices give off less than 15 dBa of noise – almost too quiet to hear, even in quiet rooms.

Durasolar sells solar modules, inverters, mounting systems and accessories and serves Belgium, Germany, the Netherlands and other countries outside Europe. It also designs and builds turnkey solar power plants as an EPC contractor. One of the wholesaler's policies calls for building sustainability into its customer and supplier relationships.

Paul Stuijt, Director of Durasolar, said, "We decided to carry Zeversolar devices based on their price-performance ratio, the company's financial stability as part of the SMA Group, and the European service network. Our customers have to be able to rely on receiving warranty service over the long term, and that works best with a supplier like Zeversolar who has a longstanding European presence. That fits in perfectly with our strategy."

Zeversolar manufactures its inverters at a factory in Yangzhong, China, that was fully modernized using German engineering expertise. Its purchasing and production standards are comparable to European norms. Zeversolar operates a European service center in Kassel and a sales office in Cologne.