“Our association has lost one of its founding members, but above all a great friend, who for over thirty years has dedicated his time and efforts to the growth of GIMAV and the industry as a whole. A great person is gone,” said GIMAV officials in a release.

“Dino Fenzi was an elegant and very smart man,” said Nicole Harris, president and CEO of the National Glass Association\Window and Door Dealers Alliance. “In addition to building a formidable company that supplies both the glass and fenestration industries around the world, he was a leading force in building the GIMAV group of Italian suppliers and also Vitrum, the biennial trade show held in Milan that is an important marketing partner to GlassBuild America. We will always honor his memory and appreciate his many years of sage counsel and support to the NGA and WDDA.”

“[Dino] was the most astute business man and person I have ever met. The glass world has lost a leader and a visionary,” said Mark Franklin, president of Saand Inc. “His understanding of the dynamics in not only what was happening to global economics as well as whole glass industry, but especially in the mirror paint and glass sealant part of our business, gave Dino a unique perspective of not only what was happening, but where we are all headed.”

Fenzi was born in 1941, the same year his father started the Fenzi Group. “My father founded the company four months after I was born,” Fenzi said in a 2011 interview with Glass Magazine. “At the time, he was the managing director of Saint-Gobain´s department responsible for producing mirror backing paints and putty for car windscreens. But this was during war, and due to Allied sanctions, the company was forced to close all but essential wartime production, which included only glass. He decided to establish his own company.”

Fenzi joined the business at 19, and went on to lead the company alongside his brother, Fernando. The Fenzi Group has remained a family business, with Fenzi’s son, Alessandro, serving as CEO, and nephew, Fabio, as head of the Ceramic Paints Division.

“Our family is permeated by business. We talk, eat and sleep business. … We always agree. There has never been an argument. This is the strength of our story,” Fenzi said during the 2011 interview. 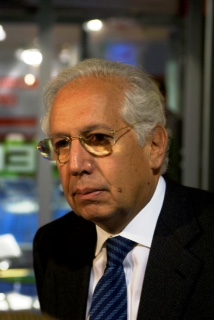