The two adjacent projects, which together will be one of India's largest PV installations upon completion, are part of the second batch of utility-scale solar projects concluded under India's Jawaharlal Nehru National Solar Mission (NSM). The NSM aims to install 20,000 MW of new solar electricity generating capacity by 2022.

First Solar will supply more than 585,000 of its advanced, thin-film solar modules for the two projects of 30 MWDC and 20 MWDC. Construction on both projects is expected to begin this year and be completed in the first quarter of 2013.

"First Solar looks forward to working with two leading companies like Kiran and Mahindra Solar One to support India's renewable energy goals, and we are pleased they selected our technology as the best solution for the high ambient temperatures and diffuse sunlight conditions here," said Sujoy Ghosh, First Solar's India Country Head.

"This is a very exciting project for us," said Pramoda Karkal, Chief Operating Officer of Kiran Energy, "especially so because Kiran Energy, as well as our joint venture, Mahindra Solar One, will own the largest solar power plant aggregation in a single location in India. We are also very happy about our partnership with First Solar, which is providing its world-class PV technology. This will enable us to create a high-quality solar plant that could rank among the best in the country in terms of quality, uptime and output," he said.

Together, the side-by-side projects are expected to produce an average of more than 85,000 megawatt-hours of clean electricity per year, equivalent to the annual electricity needs of more than 97,000 average Indian households, and displace more than 80,000 metric tons of CO2 per year based on the national averages.

First Solar has cumulatively produced approximately 80 million of its advanced, thin-film solar modules, which represents a peak generating capacity of more than six gigawatts, enough to power more than 3.3 million homes and displace about four million tons of CO2 per year. 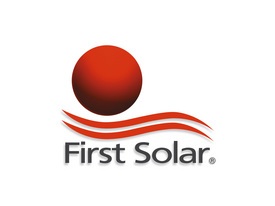