The Scandinavian-German manufacturer Innotech Solar (ITS) has supplied more than 400 PV modules to Urla Winery located on the Turkish Riviera. ITS stood out among well-known competitors thanks to its special business model and the efficiency of its solar modules, which retain their excellent level of performance even in high ambient temperatures.

“Even on hot days, Innotech Solar modules produce significantly more power than other modules on the market. This was very important for us when making our decision, as we often see temperatures of up to 45 °C,” states Can Ortabaş, the owner and managing director of Urla Winery. ITS modules have demonstrated an outstanding temperature coefficient of minus 0.39 percent per Kelvin in a photon test laboratory. The winery’s solar system produces around 7.8 MWh more power a year than systems with modules that only have an average temperature coefficient. “I was also convinced by ITS modules’ green production process, as this matches our vineyard’s philosophy of producing wine in an environmentally friendly manner.”

The 100 kWp system, which was connected to the grid last month, was installed on open land belonging to the winery by the Turkish EPC contractor Laterna from Istanbul. Urla Winery has purposefully chosen not to use any pumps when producing its wine and instead employs the natural gravity flow technique, which improves the wine’s flavor and saves energy. The premises also serve as a boutique hotel and the winery ranks among one of the best in Turkey.

“We are delighted that our modules’ quality and environmentally friendliness have satisfied the winery owner’s high standards and that we were chosen from a number of major competitors,” explains Dr. Jerry Stokes, the CEO of Innotech Solar.

Innotech Solar optimizes solar cells from other manufacturers before using them to produce its own modules. Cell optimization is performed in the German city of Halle an der Saale, while module production takes place in Glava, Sweden, one of Europe’s most modern manufacturing plants. This innovative manufacturing process makes ITS modules particularly environmentally friendly. Their carbon footprint is around 50 percent below that of conventional European modules. A multitude of tests by independent experts, such as the Photovoltaik-Institut Berlin or PV Lab, demonstrate the high efficiency, longevity and positive environmental impact of Innotech Solar modules. 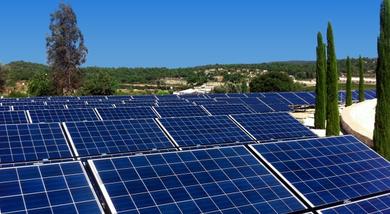