Per the contract JA Solar would supply 19 MW of solar modules to Solarhybrid's Allstedt I solar power plant in Halle, Germany. JA Solar is the exclusive solar module supplier to the project. Located on a former military airfield in Germany, the Allstedt I solar power plant is expected to generate 19,030,000 kWh of electricity annually and reduce carbon dioxide emissions by 266,381 tons over a service period of 20 years.

Going forward JA Solar anticipates total module shipments to Solarhybrid to reach nearly 40 MW in 2011, including 19 MW of modules for the Allstedt I project.

JA Solar is one of the most cost-efficient solar producers in the world, with a geographically diverse customer base as well as silicon wafer supply agreements in place to feed its production. Positive factors include ongoing expansion programs, improving operating efficiencies, rising margins and higher conversion efficiency.

Looking forward, JA Solar expects third quarterly solar cell and module shipments in the range of approximately 310 MW–330 MW. However, faced with subsidy cutbacks in key markets like Germany and Italy, the company trimmed its fiscal 2011 shipment outlook to 1.6 GW from the earlier forecast of 1.8 GW.

Thus, we currently have a long-term ‘Underperform’ recommendation on JA Solar. In the near term, apprehensions over tepid module demand in Europe, rising competition, wafer dependency, questionable financial stability of its customers and an oversupply of solar cells in the market will restrain the valuation of the company. The stock, in consort with its peer China Sunergy Co. Ltd. (CSUND), retains a Zacks #5 Rank (Strong Sell rating). 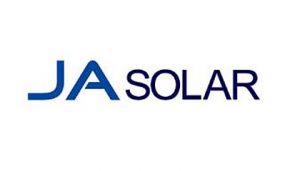