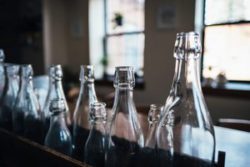 Alexander Lukashenko, President of the Republic of Belarus, reminded about his instructions to refuse plastic containers and replace them with glass ones. He remembered him during a conversation with the newly-bred doctors of science and professors.

“Already advanced countries that support their citizens refuse plastic. I recently ordered to remove plastic bottles and containers in the first stage and replace them with glass. Moreover, we have developed this industry. This should be immediately implemented, ”said Alexander Lukashenko, his press service reported.

It should be noted that more active use of glass containers will benefit domestic glass factories owned by the state. After the increase in energy prices, they became uncompetitive in the Russian market. Their revenues have fallen sharply. They began to incur losses.

The President of the Republic of Belarus stressed that recycling and recycling are very important topics for Belarus. He also drew attention to the fact that developed countries produce recycled packaging.

"And we have? You see, we are rich. We are just lax and scattered, as they say in Belarus, ”Alexander Grigorevich emphasized.

He recalled that work with recyclables was entrusted to take on tight control: “Waste, waste paper, metal products of various kinds, special plastic - all this should be collected. Everywhere there must be order. ”