OUTLOOK FOR 2013 BRIGHTENS ON END-OF-YEAR RESULTS

The fact that the industrial machinery sector represents the top-of-the-range in Italian production is a well-known fact and continues to be echoed each year. Thank goodness, one could say, given the woes of the Italian domestic market, or rather the European one: successful exports have long been the recipe for the long life of Italian companies and of the Italian economy in general, seeing that on average 70-80% of revenues are generated by export earnings, peaking at 90% in the most striking cases.

These same figures apply to the Gimav companies, the feather in the cap of the glass industry, which have built their world leadership around quality and service, a heritage of enormous value. Although official figures on the performance for the first three quarters of this year are not available as yet, initial estimates on the strong upward trend (about 7%) indicate that the forecasts for 2012 made just a few months ago may need to be adjusted upwards. Federmacchine, the federation of the industrial machinery associations, has also reported a 6.8% increase in exports for the first semester, slightly less than expected at the start of the year but nonetheless significant.

Getting back to the glass industry, one could say that the perception of a turning point, at least psychologically speaking, came at last October’s Glasstec. This was after a particularly difficult first semester, characterized by a worrying stagnation after the glimmers of hope in January and February. Now, things really seem to have changed however: “At Glasstec we were very satisfied to see a widespread desire for change – said Gimav President Cinzia Schiatti – There was an overall feeling that people have had enough of the slump and want to get things rolling again once and for all. Everybody is fed up with this sagging economy, people want to shake off all the uncertainties and work on a recovery that has been way too long in coming. We met many trade people at the exhibition who had decided to purchase new machinery in the short term: they have pondered over these decisions, of course, so as not to bite off more than they can chew, but are firmly convinced that they want to stay on the market and be competitive and up-to-date.” Europe is still suffering severely and the stronger countries such as Germany are importing much less. However, the best customers for Italian machinery are the BRIC countries, with the major comeback of the United States and the reawakening of South America, which has picked up again especially with Brazil after a sluggish first semester. Even China, despite its slowing economy, is maintaining levels of demand that are more than satisfactory and with some surprises: “Once again Glasstec signaled a very recent phenomenon that makes us very optimistic – Cinzia Schiatti went on - the Chinese are actually starting to shy away from their products, which they see as not being very reliable and low quality. They have realized that saving on a purchase means spending a great deal on expensive repairs and standstills in production later on. The best companies are now sourcing quality machinery: and as we know Made in Italy is very well placed in this area”.

Last, the Arab Emirates was a market that had drastically stopped and now seems to be accelerating again: “Business activity is gaining momentum, even if at a more normal pace. We are not likely to witness another boom as we did in 2003-2008”, Cinzia Schiatti ended. 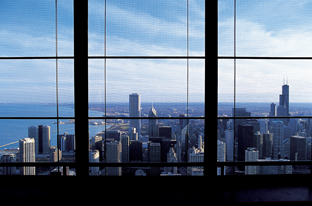