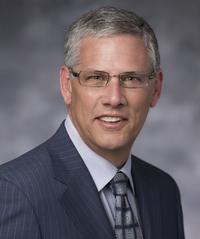 McGarry will continue to have executive oversight responsibility for all of PPG’s strategic business units and operating regions and for the information technology (IT), environment, health and safety (EH&S), and purchasing functions. He will remain based at PPG’s global headquarters in Pittsburgh and will continue to report to Chairman and CEO Charles E. Bunch.

“Michael’s appointment to president recognizes his continued leadership in driving PPG’s growth as the world’s largest coatings company,” Bunch said. “Michael has played a key role in important strategic actions, including PPG’s acquisition and successful integration of AkzoNobel’s North American architectural coatings business and the recently completed acquisition of Consorcio Comex. Michael’s proven ability to lead the implementation of our global business strategies will continue to be important in delivering increased shareholder value.”

During his 34 years with PPG, McGarry has served in a variety of key business and functional leadership roles in the United States, Europe and Asia. In addition, he helped lead several strategic actions that have transformed PPG’s business portfolio, most notably the acquisition of SigmaKalon; the separation of PPG’s former commodity chemicals business; the acquisition and integration of AkzoNobel’s North American architectural coatings business; and, most recently, the acquisition of Consorcio Comex, S.A. de C.V.

McGarry also serves as a director on the boards of Axiall Corporation (NYSE:AXLL) and Pittsburgh Glass Works LLC.