Positive result for the container glass sector in 2013 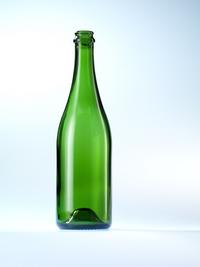 The growth trend that was evident in the third quarter of 2013 consolidated in the fourth quarter, enabling the container glass industry to close the year with a positive result. Container glass sales based on tonnage increased by a total of 0.4 percent between 2012 and 2013. While domestic sales remained at exactly the previous year´s level, foreign sales increased by 1.5 percent. The highest growth in sales of the year were recorded in the month of April (up 11.6 percent), making a positive contribution to the overall result. This growth trend was partly weather-related, because from mid-April 2013 onwards there was a substantial temperature increase and summer-like weather, according to the German Meteorological Service (Deutscher Wetterdienst). Not surprisingly, the warm summer months of July and September also generated high sales (plus 7.3 and 6.8 percent respectively), as usual, and the late summer was reflected in the figures. However, sales also increased by a substantial 6.8 percent in January.

Growth in beverage bottle sales in almost all segments
Despite the late and relatively cool summer, the beverage bottle segment closed out the year with a stable result and a slight decline in sales of 0.2 percent. As in the previous year, the top performers were mineral water/carbonated soft drinks, with growth in sales of 5.5 percent, and wine with growth of 2.8 percent. In the domestic market of Germany, these two segments recorded strong growth in sales of 12.1 percent (mineral water/carbonated soft drinks) and 3.3 percent (wine). This positive development is due to the fact that mineral water and carbonated soft drinks are very popular with consumers. The Association of German Mineral Water Producers (Verband Deutscher Mineralbrunnen) reported after initial extrapolations that the per capita consumption of mineral and medicinal water increased by 1.6 litres to 140.0 litres in 2013. Demand for locally produced wines is also continuing to rise. The German Wine Institute (Deutsches Weininstitut) has reported that demand is still high in Germany for locally produced wines. Despite a slightly negative trend in the overall wine market, sales of German-grown wines increased year-over-year by 2.5 percent. German wines therefore account for 46 percent of total wine sales revenue in Germany.
A moderately positive development was evident in sales of glass spirit bottles (up 1.1 percent) and sparkling wines (up 1.0 percent). The only glass beverage bottle segment which did not participate in this positive trend was beer, and it was already obvious that this segment would be the exception to the rule after the third quarter, when sales declined by a total of 4.1 percent compared with the same quarter of 2012. However, there was a moderate upswing in the fourth quarter. This development is due to the fact that beer consumption in Germany has been declining for many years, and less beer was sold in 2013 than in the previous 20 years since German reunification. The German Brewers’ Association (Deutscher Brauer-Bund) gave the reasons for this decline as the unsettled weather and the demographic effects of an aging population.

Glass food packaging trend reversal in the second half of the year
After a moderately negative trend in the first six months of the year, followed by growth in sales in the third quarter, the glass food packaging segment closed the year with a slight decline in sales revenue of 0.3 percent. “Miscellaneous Glass Food Packaging” and “Baby Food Jars” were the product segments with the most impressive growth in sales of 19.4 and 17.3 percent respectively, whereas “Instant“ and “Sweet Spreads” recorded growth of 4.0 percent and 0.7 percent. “Sausage, Meat and Fish“ remained relatively stable (0.4 percent decline), while “Dressings & Sauces“ experienced a slight drop in sales (2.6 percent). “Fruit, Vegetables and Pickles“ recorded the highest decline in this segment - 5.5 percent - in 2013. The processing industry was negatively impacted by the poor 2013 harvest, which led to a shortage of pickled foodstuffs and therefore a decline in demand for packaging.

“The German container glass industry achieved a positive result in 2013 and our assessment of its situation is therefore positive“, summarised Dr. Johann Overath, Director General of the Federal Association of the German Glass Industry. However, like all other glass sectors, the container glass industry faces future uncertainty relating to the reform of the German Renewable Energy Act (EEG). “If the EEG’s special compensation provision for companies in the glass industry is amended to their detriment or abolished altogether, these companies would face serious difficulties because they wouldn’t be able to compensate the additional costs. There would also be severe economic impacts on regions where glassworks have been the main employer for generations."