Glass – the future material for a connected environment


Lars Klatte has been with RKW since 1993. From 1988-1993, he worked in the offices of SOM and Richard Horden in London as well as Christoph Ingenhoven in Düsseldorf. In 1998, after the office was renamed RKW Architektur + Städtebau, he became Managing Director and in 2000 was appointed to the circle of managing partners of the office. He represents a highly qualified team of architects, urban planners, and interior designers. Over the last 25 years, Lars Klatte has been instrumental in the design of prestigious company headquarters, university, research and institute buildings, shopping and entertainment centers, residential and cultural buildings, and multifunctional sports arenas.

The interdisciplinary approach of his work has been published in various architecture magazines. He has received numerous awards, such as the Office 21 Award for the DB Cargo Center in Duisburg as an innovative office building.

Lars Klatte is a member of the board of Thomas Schütte Foundation. In remarkable collaboration with artist Thomas Schütte, RKW has planned the Sculpture Hall on the Hombroich Museum Island in Neuss, which was opened in 2016. Here, Schütte had envisioned a space for sculptures, and at the same time a home for his works, which he transferred to the Foundation. It is the largest and most ambitious building to date, which was built according to a model by Thomas Schütte. 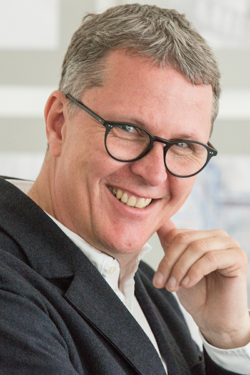