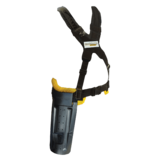 The Glass Harness 110 is a revolutionary safety product designed to assist with reducing the strain of repetitive lifting and carrying. 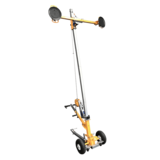 The Express 330T is designed to allow glaziers to unload, transport and install large plates of glass. 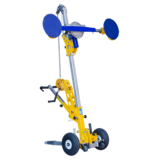 The Express 440S is designed to allow glaziers to unload, transport and install large plates of glass.

Ricardo Carlei, the inventor of the Quattrolifts range of products is a chiropractor and runs his own health and safety consultancy, Quantum Workhealth Programmes which specialises in minimising occupational manual handling risks.

Through his extensive work with some glass manufacturers and glazing businesses such as Pilkington, he became aware of the risks and injuries associated with the manual handling of glass.

As a result of identifying this problem, Ricardo established Quattrolifts with the objective to develop mechanical devices that would reduce the risk of injury while handling heavy glass.

Quattrolifts has patents issued and pending in Australia, United States, Europe and other international countries for its various designs and attachments.

Discussions with glaziers led to the design and development of Quattrolifts’ first product called the Nomad, afterwhich multiple accessories were developed to further assist glaziers handle heavy glass. To great acclaim, Quattrolifts released the Mule at the 2007 GlassBuild Trade Show in Atlanta Georgia USA. Quattrolifts product range has grown to include more than ten standard machines with options and modifications that expand the range to over twenty product lines.